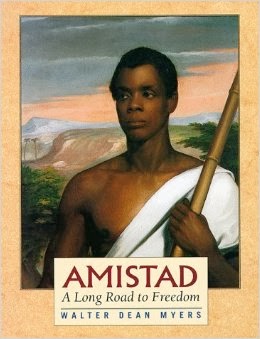 In 1839, there was a rebellion on the slave ship Amistad. In a bloody struggle, the African captives aboard rebelled against their kidnappers and declared mutiny. While trying to sail the ship home, the Africans accidentally ended up in New York. They were later imprisoned and put on trial for murder. Award-winning author Walter Dean Myers's probing look at this triumph over indignity and injustice shows the events' effect on the country America has become
Etiquetas: Literatura juvenil